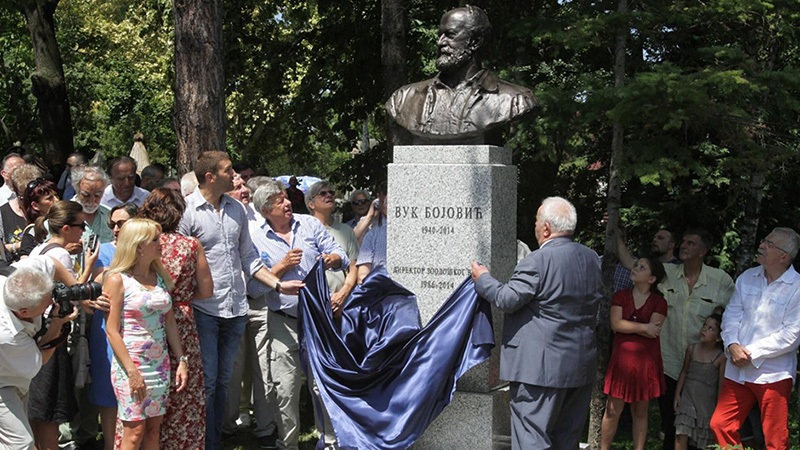 In the Belgrade ZOO a bust to the former director of that istitution Vuk Bojović has been unveiled. He was a head of that istitution for many decades. Raising of the memorial to the Vuk Bojović has been made possible by the initiative and financing of the Društvo srpskih domaćina association as well as by the decision of the municipal councilors, and it is placed within the ZOO it self. It was pointed out in the initiative that this is the way to pay tribute to Bojović for all the hard work that he had done in an effort to make the "Garden of good hope" a representative park of nature.!

After the unveil the manager of Belgrade ZOO Srboljub Aleksić said that Vuk Bojović marked a significant period of progress and development of that park. "Today is a 81. birthday of Belgade ZOO and it is esspecially important that on that day a memorial bust to the man whos hard work and dedication made the park look the way it does today has been unveiled", pointed out Aleksić. He also added that the ZOO is one of the most visited places in Belgrade which, as he said, is all thanks to Vuk Bojović". Friends of Vuk Bojović, which were present at the unveiling have told that this monument represnts "a memory on a man which through his efforts has done a lot for development of Belgrade ZOO". Memorial bust is a work of a sculptor Zoran Ivanović.

Recommendation by the members of Društvo srpskih domaćina association for raising a bust has been voted in june 2017. at the city assembly meeting. At the opening ceremony of the memorial many of the Vuk Bojović's friends, admirerers and associates were present, from which many have talked with inspiration about their memories ontheir former director.

Vuk Bojović was a director of Belgrade city ZOO for 28 years. During that time the park had been enriched with more than 2.500 animals. Bojović died in 2014. at the age of 74. 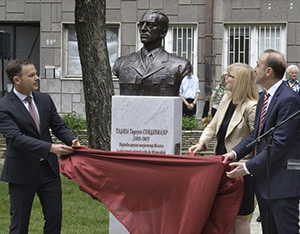 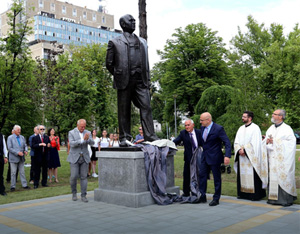